India Is A Slow Data Market: Google Knows It, And You Should Too 268V

The conversation about Internet connectivity in India has been confined to the rise of 4G for a while now. Telcos like Airtel and Vodafone have already started 4G services in various cities, while everyone awaits Reliance Jio’s entry, hoping it would boost faster data services that we all yearn for. Smartphone adoption has been growing in India at an absurdly fast pace, and literally, everyone wants a piece of the business that this market brings with it. But really, what we miss out among all this is that, while India does have 2G, 3G and 4G networks operational, the state of the Internet in the country is anything but good. Interestingly, of all companies, Google took up this question today, even if it was inadvertently.

How did Google do that? The company has been at the centre of the smartphone revolution, but at its event in India today, Google mentioned 4G and faster Internet speeds, exactly zero number of times. A lot was said about what the company is doing for India, and Google is doing a staggering amount of work to ensure that its services can function on 2G networks. Yes, you read that right, 2G networks.

The recently-launched Flipkart Lite website is the first of what Google calls its ‘Weblite initiative’. The best way to understand this would be to imagine a toned-down version of web apps. Flipkart Lite is, in essence, a web app, but one which eliminates javascripts in order to consume less data and hence, load faster on slower networks. According to Google, websites adhering to the Weblite program will run four times faster, and use 80% less data. It is important to note that Flipkart Lite wasn’t officially connected to Google’s Weblite initiative, but is a good example of what it is. 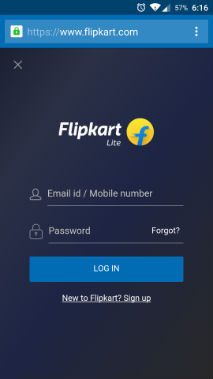 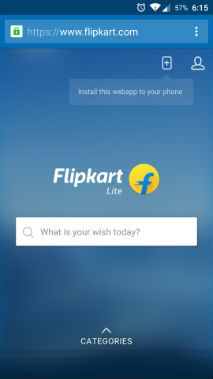